focuses on international and intercultural exchange in the performing arts.

for advice, project organization, as a programmer or for concept development in the performing arts

if you have plans for touring in The Netherlands

From 2001-2010 I have worked as a programmer at Stadsschouwburg Utrecht, one of the bigger theatres in The Netherlands. In that period, I was responsible for more than thirty international tours. In addition, I developed specific productions and festivals with different partners and venues in other cities.

Since 2013 I coordinate the Dutch theatre network Stichting Raamwerk, with a growing number of interested theatres who like to present international programs in their city. In 2022, 34 venues have joined the Raamwerk club: 32 in The Netherlands and 2 in Belgium.

Since 2015 Raamwerk took the initiative to book and/or produce for the Dutch network several tours, with companies  like the French group Cirque Inextremiste, comedian Trygve Wakenshaw, a tour with the Catalan group Agrupación Señor Serrano, Volker Gerling with his unique production Portraits in Motion, and the Australian circustheatre company Gravity & Other Myths.

Since July 2022 I coordinate the Dutch part of the international network organisation Assitej, Assitej NL. Members of Assitej NL are Dutch youth theatre companies, venues and festivals with the ambition to widen their international horizon and possibilities.

Since 2016 I work with the Aurora Nova agency in Berlin as booker (in The Netherlands and Belgium) for the shows of Gravity & Other Myths.

They are touring worldwide with their productions Backbone and A Simple Space. In 2023 they will return to the Lowlands with their latest production Out of Chaos. Picture: Backbone / Carnival Cinema.

Have a look at their agenda: https://www.gravityandothermyths.com.au/schedule 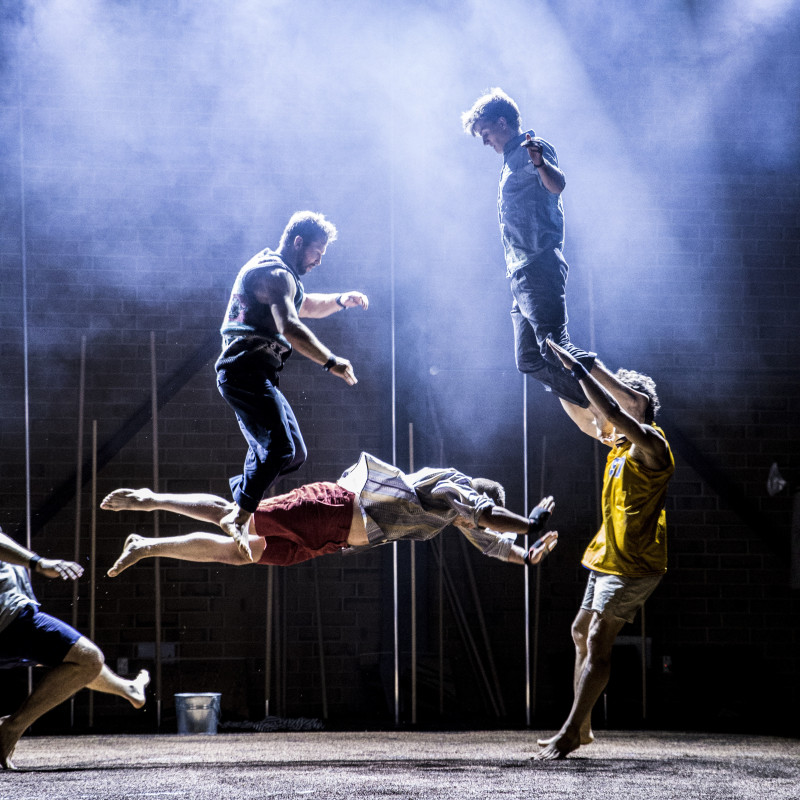